I’ve always lived my life as if things were a Beatles song.

Everybody does have something to hide except me and my monkey, happiness is a warm gun and I really do believe all you need is love. Thinking this way has left me at worst devastated and disappointed when sadly i learned that not everyone thought the way i did and delighted and amused when my path crossed with someone kindred spirit who did.

As i got a little older i began to live my life as if things were a John Lennon song. I’m often crippled inside, I know it ain’t easy and i am always trying to find someone to gimme some truth.

It was a funny little revelation i made on my birthday this year – i wonder do other people live their lives like they are lyrics of songs. Maybe they do any maybe they don’t or just maybe they do but they are to paralyzed by life to recognize it. It might also explain my strange attachment to apples…

Like the moon and the stars and the sun 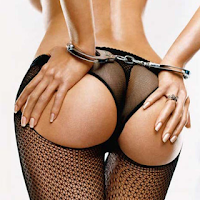 Another big escort agency got busted. This time in Houston. The last big bust was in Arizona. this time a couple was arrested for running the “prostitution ring” and it was another long investigation, 2 years long, that’s long. The female owner called herself the “Heidi Fleiss” of Huston. lets hope not Heidi got busted for having a big mouth and has since fallen into hard, hard times and looks like she will never recover. Drug addiction will do that to you. I have always had a soft spot for Heidi, our paths have crossed much over my lifetime and though i would never presume to call her a “friend” maybe a long ago before i was ever an escort frenemy would be more appropriate title. I hope some day she really does get it together and can live the rest of her life out happy and healthy.

So back to Houston. Its funny because i was just doing some research into Texas for touring, and i was on the fence about going there. With ASPD the local Texas escort website being down for months after their hacking and the fact that rates tend to be lower in Texas i wasn’t sure it was for me. Now with this latest news i know I’m not going to tour Texas. This very well could shut down Houston for escorts for quite a while if it really is as big a bust as the media is making it out to be. Az is a dead state and hasn’t even come close to bouncing back after the huge bust there last year.

The backlash of this will be the “screening issue” the cops in Houston has this agencies client list. They are making much hulabalu out of it, its large (1500 names large) and as will all guys that can afford 350 a pop or more to see a hooker, its reported to have some prominent Houston names on it.

It makes clients or potential clients scared to screen in fear that their name will be on a client list in the future. Lets get a few things straight, when you use an agency to see a hooker, you take on certain risks, mostly the risk is of a bait and switch or upsell situation, because most agencies are not flat fee legit gfe agencies. However there are some out there and with those your risk is that they screen you to make sure you are not law enforcement or a crazy kookoo who wants to hurt their girls. Which they should do, that’s good business and its safety driven. Here’s the downside though, Agencies look like a tasty yummy dessert to Law enforcement. They love to bust them. They look good to their communities for “cleaning them up” and they they make a HUGE media splash, it looks like they are doing their job and earning their paychecks. That is a major consideration that most clients don’t take into consideration when they call an escort agency. Its the one they should consider the most if they are worried that their name in the local paper on a “johns list” might i don’t know… ruin their marriages and lives.

In contrast that risk is not something you take on when you give your screening info to a legit reputable INDEPENDENT provider. No police agency is going to spend 2 years of tax payer money spear heading an investigation into one little independent girl for a misdemeanor prostitution bust where she will be released in most cases on a 250.00 bond or ORO in 24 hours, provided shes got no warrants or priors. I’m not saying there is no risk, there is never NO risk in this game.The trick is to minimize the risk weigh the consequences . So if the consequences of your name being on an agencies “trick list” is too much for you then keep it in your pants and screw your wife or take a calculated lesser risk and see an independent escort with a good reputation. 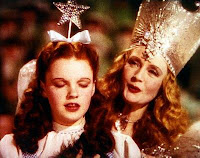 I’m home from my quick jaunt to Washington DC and still haven’t gotten my body clock back to normal, this daylight savings thing isn’t doing me any favors either. I missed the epileptic pooch and my little hipster love shack but I had such a great time that i am going back to visit DC again in a couple months. While there I went to a couple of great restaurants Marcel’s where the squab was amazing and The Peacock Cafe in Georgetown and i got a tour of the Pentagon. Yup that’s right i was lucky enough to get to walk around the Pentagon (with an escort of course) it was really a thrill to be there and see the largest office building in the world. Also well worth the fact that i know my info must be in yet another government database of some kind. I didn’t get to do any real sight seeing like the White House or the Mall but i did get to meet up with some super sweet local girls one being the very strikingly beautiful Mylan for some nosh and a couple drinks.

My gentlemen callers were all really fun (especially the non birthday boy and my first timer i got to ruin… oh my, oh my) and i wonder is DC always like that? Is everyone always so cheerful and fun to be around or is it because of the new administration in town. Was it all doom and gloom over the last 8 years and now its like in the Wizard Of Oz when the house lands on the Wicked Witch Of The East and the doors open to a beautiful Technicolor other world. Even though it was amazingly cold and i seem to have brought snow with me again, like i did when i went to Boston. I still really enjoyed myself and had to stifle my canary eating grin every time my travel companions were cranky and ready to go home, I could have stayed another week without a second thought.

Oh DC i shall return soon but there is…. no place like home.