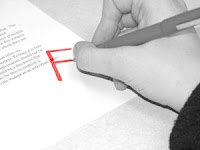 I was gonna leave this one alone on my blog since I’ve been commenting on it all over the innerweb on other blogs and on the article itself but I’ve been getting a lot of email so i thought i would pony on up with some thoughts on radars latest look into the sex for cash biz.

As some of you know i enjoy Radar Magazine, I’ve been Quoted in it, I’ve worked with a writer there on another possible upcoming story but the last couple of “hooker” oriented stories makes me wonder… what the hell happened to Radar? First they publish a mean spirited bunch of drivel making up a premises for Ashley Dupree’s new reality series, written by top misogynist Alex Balk. He writes of the “whores” with such spittle vigor you’d think he had a personal stake in it, or maybe just not enough Mommy love as a child.

Then Radar publishes the latest bit of wonderment about the sex for money biz titled “Secrets of a Hipster Hooker” it supposedly a first person look at the high end hooker game in NYC, where the author crosses the line and attempts to turn a trick but runs out on the client in the end (yeah i know spoiler) I swear you have a more honest look at the sex for money biz watching Harold Robbins’ mini series 79 Park Avenue. I’ve been all over the web commenting how this fluff and turn piece is just a bunch of made up BULLSHIT.

Other blogs of note are also commenting on Radars latest guffaw and have some interesting takes on the piece, making great observations. Susannah Breslin of The Frisky says “the realities of sex work are far too hardcore for most aspiring “hipster hookers” to handle” and she couldn’t be more right.

Monica of the Spread Blog goes into depth and just tears it up, in the process makes a keen observation I think the idea of putting yourself out there as a (possible) consumable piece of merchandise is gratifying, and talking about in an article is in many ways an attempt to publicly confirm your fuckability

Even the Valley Wag gets into the mix, Melissa Gira Grant reports on it by saying “She went it at like a novelist-wannabe temp showing up for a stint as a file clerk”.

Most of these tend to give the writer the benefit of the doubt and play along with her story as if its real. I still think its total and complete bullshit. Salon talks about how she wrote this piece and then shopped it around. I think they mean watched a lot of Showtime and did a little innerweb blog search, read a romance novel or two then wrote it and shopped it but hey thats just my take on it.

But nooooo then how would they get their made up view of hookers. All of us making 300,00 bucks per year and keeping our money in gold bars (doesn’t everyone have a stash of gold bullion?) carrying 1,000 handbags and having great high powered day jobs. All our clients are the wealthy, young, rich, banker types who lavish us with tips in original art work by recognized artists. Then once again they force feed us the same old tired bullshit to justify and explain why young ladies get into sex work…. its empowering. ahhhhhh BULLSHIT.

Peridotash ex-escort and current Domme has a recent blog entry where she asks sex workers the Three top reasons they do what they do.. No surprise the number one answer… MONEY. Empowerment is the fantasy justification as to why some women choose to fuck for money. Its the same old line of bullshit, “its not the money, its the sex”, “I’m not money motivated…I’m just horny” :::giggle:: :::hair flip::: Anyone who has honestly talked to a hooker when shes getting off her 4th trick for the day and he was a smelly, small dicked, pushy, weasel of a man who kept tuning her nipples in like they were radio dials until they were sore, will tell you… that the empowerment angle, is utter and complete bullshit.

I have to hand it to Radar they really out did themselves on this one.. F minus! Hobbyist are not hobbying, I’ve been noticing this trend.

Let me define “hobbyist”, I’m talking about message board hobbyists. Men who don’t just review escorts but are active message board participants. So really what I’m saying is message board hobbyists are not hobbying. They are not paying for the intimate time of an escort. Sure the bad economy is a factor but i noticed the decline of message board participants actually hiring escorts before the economy was an issue. They post on escort oriented message boards, they flirt with escorts online, they spend countless hours in chat rooms with like minded men and escorts who are desperately vying for their attention, they send saucy PM’s and emails, they attend meet and greets and play grab ass in public, they inquire as to availability of escorts as if they are interested in booking, they make sure to ask for a special or a discount because of their message board reputation, they create online relationships, but I’ve been noticing a giant trend toward message board hobbyists not actually making appointments getting in their cars, laying their cold hard cash down on the table and seeing the escorts they are engaging with online. So i started to think as to why.

Why does someone see an escort? Mainly its because something is missing in their life. They could be in a marriage where the sex is greatly decreased, or they have an need for sexual variety that being in a marriage prohibits, they are single and between committed relationships (though in general there are less of the single guys than the marrieds) they are missing excitement, the thrill of flirtation, the feeling of being desired, wanted and sexually sought after.

So if they can get all that buy joining a message board and never leaving the comfort of their computer why wouldn’t they? Basically they are having affairs with women they find sexually desirable, who openly flirt, engage, send them naked, salacious pictures to entice them to visit, tell them how much they are desired, wanted and needed and they never have to open their wallets, never have to leave the chair in front of the computer, except to go to a meet and greet, social or lunch and pretend that all the chicks there WANT them and play a little grab ass.

There are many mini dramas on message boards and often its a couple of escorts who are fighting over a client. The truth of the matter is its a money thing with the girls but they would never come out and say that. It’s unspoken so that the man can have his fantasy. Its not a transaction, the girls are after but HIM. We get too business like and we get branded “all business” and that’s not good for “business” the big lie is that were in it for the sex and not the money.

Ive noticed with my business, personally its taken an interesting turn. Most of my new clients and many of my existing clients are not message board hobbyist or “hobbyists” at all. They are often men new to the idea of hiring an escort, they have found me though an ad on a mall site or more often though this blog. Or maybe they write the occasional review but usually only at the request of the escort. They don’t spend countless hours yanking chains and low balling ladies on message boards or pitting them against each other so that they can feel like a hot commodity. They simply want some intimate time with a willing partner they find attractive. This is a sentiment I’ve heard echoed by ladies across the nation self identified hobbyists are not hobbying .

Its an election year and that always is a precursor to a shift in the sex for money biz. Couple that with the failing economy and you have a lot of ladies in the biz suffering… BUT add in this message board phenomenon and and shine a light on it and you will see a whole new ball game emerge. The solution is of course to develop a client base not centered around message boards which i personally have been doing for some time. Is it more difficult…yes. Is it harder to screen your clients to make sure they are safe… yes. Is it worth it… oh hell YES.

As with any business you need to keep your fingers on the pulse and not fall into the trap of always doing whats easy and never getting off the path of least resistance. For a while there message boards were a gold mine, it was an easy way to find the like minded folks and to make a pretty penny dong it but they have evolved into something else and are no longer worth the investment of so much time energy and resources. The pay off isn’t there anymore. They shouldn’t be abandoned all together, why throw out the baby with the bath water. Use them as tool they can be just like you’d use any other business tool but they shouldn’t be regarded as the Golden Calf either. That idol was false and fleeting and we all know what happens when you you worship at that alter….. you might just get your temple torn down.