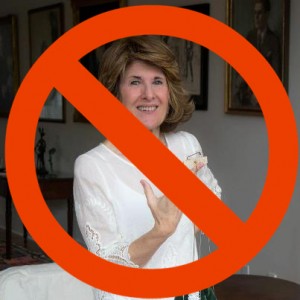 Prostitute shamming is what all the Ph.D’s do

There’s no getting away from it, people even supposed educated, informed people who write fancy books think it’s okay to insult someone based on what they do for a living. You don’t know what you’re talking about and cant possibly offer anything valid because you work for Time Warner Cable, or you are just a lowly waitress slinging hash, your blue collar life, your working poor life makes you inconsequential, your profession dictates your value and makes everything you say wrong. Especially of you work in the sex business, then you are nothing but a whore and you have nothing to offer. Yes, I know this sounds harsh but this is actually how many people think. Though they wouldn’t come right out and proudly announce you’re a prostitute therefore anything you have to say is wrong. Oh wait a Ph.D and author did just that in response to a book review.

You got that right she acted out spewed spittle and bile over a book review. Betsy Prioleau’s book Swoon was reviewed on Book Forum by Charlotte Shane, editor of Tits and Sass who has contributed to Salon and other “legitimate” publications. It wasn’t a favorable review. Betsy Prioleau thought the best way to answer said bad review was to belittle and shame the reviewer for her profession. Acting more like a high school mean girl than a scholar. Betsy Prioleau proceeded with her convoluted temper tantrum implying both the site that hosted the review and the reviewer lowbrow and Illiterate because you know, prostitutes cant read so how dare they review her book!

I find it hard to wrap my head around why someone would take to the comments section to personally attack a reviewer.  Not only is it a huge social media no no every dry cleaning business with a Yelp review has figured out but to demean, shame and belittle the reviewer in such a hostile way calling out the reviewers profession as a reason the review was not valid. It just makes Betsy Prioleau look pathetic. The review while not favorable wasn’t personal. No one talk about how Betsy Prioleau looks like a hag who shouldn’t be telling anyone secrets in romance and how her vag allegedly shriveled up years ago. No one pointed out that a doctorate in Philosophy does not mean you’re smart, it just means you couldn’t cut in in the world outside academia. You know where us illiterate prostitutes are. None of that was mentioned.. Oops I just did, silly me.  Oh well this isn’t a review of her book, this is a review of her behavior. Which was reprehensible, inexcusable and vile.

People often think and say that women working in the sex business should quit and get legitimate jobs. We hear that  over and over again and when one of us branches out for example Charlotte Shane’s telling review of what appears to be a rather trite boring book for a respected website, she’s shamed, we’re shamed. Think about that next time you tell one of us to quit and get a “real” job when we do, we get discounted for having worked in the sex business at all. Just like Betsy Prioleau did with her child like temper tantrum on Book Forum

Shame on you Betsy Prioleau, clearly an education doesn’t mean you’re in the least bit smart. I’d rather take Damone’s advice to Mark Rattner on the 5 point plan in how to woo chicks then read your fantasy driven drivel but what do I know I’m just a prostitute, it’s a miracle I can even read.