A sex worker in Boston is dead. She was killed by a potential client who’s it is believed has been robbing ladies in Boston for a while. When this young women fought back he shot her in the chest several times and left her for dead and die she did. This was in a nice hotel in the Back Bay in Boston. Boston is a city I’ve been to on tour and will go back to.

Some specifics: she advertised “massages” on Craigslist, she was a young and beautiful girl and by all accounts this was her secret life. Her name was Julissa Brisman.

They have connected this murder to two other robberies (one just a couple days after he killed Julissa) though i know this man has robbed more then just two women. Hes been on the radar of ladies in the area for a while, he is young attractive blond man of about 6 feet tall. And according to a CIA profiler i saw on the news hes on a “spree” he wont stop until caught.

Over a year ago really closer to two years now, in California there was a guy who was beating, robbing, choking out countless sex workers and leaving them for dead. He finally seceded in killing a girl in orange county. I personally knew one girl who was badly injured and knew though the web two others who were attacked and beaten. It wasn’t really on the news, the local industry message boards didn’t seem to really care and kept removing warnings about the guy with some lame excuse about protecting their own liability. Meanwhile girls were being hurt.

The guy was finally caught.

When the Boston story broke, It was the lead in teaser for my NBC LOCAL 11pm News here in L.A. The actual story was about 15 minutes into the evening news after the first break. They didn’t say the girls were sex workers they said they put “racy” ads up on Craigslist. So that’s how the media here in LA was first framing the story.

I found it strange that it was on my local news but not unhappy about the word getting out. I don’t know why this story is getting national headlines, i don’t know if the media is more tolerant of sex workers because in the last two years we’ve been more public. There’s a major studio movie coming out about sex workers, (The Girlfriend Experience) Showtime had their second season of Secret Diary Of A Call Girl. Not to mention there are interviews and articles popping up showing sex work in a more positive light and not always as drugged out street walkers with pimps who are wearing their childhood abuse on their sleeve. Oh and of course prop K in S.F. That brought a lot of attention to the sex workers as normal people movement.

The guy in Boston was likely targeting sex workers because he felt that they wouldn’t be able to go to the police. Also he had access to women alone he could over power. It’s what we all fear and why we have safety precautions, screening process and safe calls. We have to know who it is we are seeing, there are many men out there who balk and are uncomfortable giving up their personal info and many who will berate you for just asking for it, they don’t understand why they need to give up their info just for the opportunity to spend time with a pretty girl but Julissa’s tragic death underscores why we ask for it.

Our lives could depend on it. 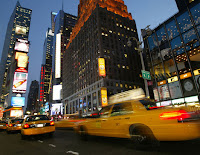 So I’m heading east again. Washington DC and then my first escort adventure to wonderful New York City. Its true that i have spent time in Manhattan, much time actually. I considered moving there once back in my advertising days but ultimately decided i couldn’t leave sunny and beautiful California. Its a city with a lot of energy and i shouldn’t have waited this long to make my return.

I’m excited about returning to DC its a city filled with happy people these days, everyone seems to be in a good mood and that is a very good thing for a girl like me. Making happy people happier is easier then making cranky grumps happy. I will then work my ass off (literally) to make as many DC men as happy as i can. I’m nervous about NYC, I’ve never worked there, there are tons of girls i that city peddling here wares and i think there’s a chance i could get lost int he shuffle. It costs me money everyday to be on tour, i have hotel expenses and back at home i have specialized dog care for my special needs pooch. so i have pretty lofty goals for myself, work wise. It will be interesting to see how it all works out.

I’m also hoping to shoot a few ladies while i am there as i never travel without my camera. Look out DC nd NYC im on my way….