I was lucky enough to get an opportunity to shoot Nicole Rae. She’s a fresh face in the biz and as sweet as home made apple pie. We had nothing but a few lights and an empty living room to shoot in, oh and i found this ball upstairs we put it to good use. I got great shots of the precious Nicole.

Nicole had never had done professional pictures before and she was a Natural, seriously a total natural in front of the camera. You don’t run across that to often.

I hope i get the chance to shoot her again someday.

(*hair and make up little blondie)

It’s that time of year, it really does go by fast. I blinked and it was Thanksgiving once again. I tend to keep it low key during the holidays, being as the holiday season and i havent gotten along in many years but this year i’m traveling to the heart of the city to have a Thanksgiving dinner im sure can’t be beat, prepared by my BFF, a hot little tamale with cooking in her soul and to be eaten along side good friends who never let me down and are always the height of entertainment.

Jenny’s annul list of things i am thankful for on Thanksgiving:

Dogs who have seizures and winning grins
A man who loves me for who i really am
Land-barons who only raise the rent once in 3 years, and then it was only 20 bucks
Miss Audrey Trouble who couldn’t be a better friend if i had made her up in my head.
8 year olds who make you listen to Hanna Montana on the phone
Getting through another year relatively unscathed
Good friends who don’t judge and have an ear to lend
Diet Coke and ice cream with M and Ms
Barack Hussein Obama
4 walls and a roof!

…And of course it wouldn’t be Thanksgiving without …..
Arlo’s: Alice’s Restaurant 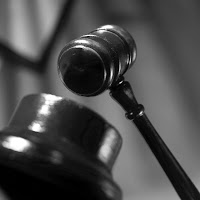 A blogger pal of mine is in a pickle. She is being sued by a former boss of hers for several MILLION dollars because she not so glowingly reviewed said ex boss on the innertubes. She now has to defend a defamation case and is at a loss for resources.

I like this girl, she’s sassy, smart and never mean spirited. She needs a lawyer and a good one.

This could be a very high publicity case based on some circumstances i don’t want to publicly blog about at this time, but if you are a NY state lawyer or you KNOW one who maybe wants to look into this and see if he can help my blogger friend defend herself against a malicious and frivolous multimillion dollar, possible high publicity case then PLEASE get in touch and i will forward you her info.

I hate to see the little guy get trampled by the big “sue for any reason” machine, i know there’s a lawyer with a heart out there…. somewhere.

email me at
“jenny@goodtimejenny.com”
and i will put you in touch if you think you can help. 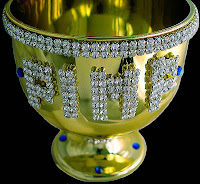 So whats the difference here?… charging for ads, and collecting your credit card info. They state that if you violate their TOS in posting an ad that you will be ineligible for a refund if your ad gets removed. And if presented with a subpoena you’re CC info will be handed over.

I don’t get the logic here, they think when you have to PAY for an ad that you will then no longer advertise? Have they not noticed the many mall sites where people advertise escort services and pay for such ads? like Eros, City vibe, etc? Or is the goal really to make as much cash as possible while making it prohibitive to any real independent sex workers to advertise therefore making it only available to large agencies and AMP’s (they largest violator of trafficking) who can afford to flood the board with ad after ad of rip offs, scams and in-servitude providers. Hardly looking out for the craigslist end user or solving the trafficking problem they claim to care so much about.

According to their own blog “The company intends to donate 100% of net revenue generated from these ads to charity, with net revenue to be verified by an external auditor.” The key word s here are “INTENDS” and “NET REVENUE” they will not be donating 100 % of all ad revenue but the NET revenue not the gross, so craigslist will be profiting from the collection of monies from escort advertising.

Which makes them the largest profiteer from prostitution in the U.S. of A. welcome to the game Craigslist. Only you’re the worst kinda player in the Ho game because you’re in denial about your role and position. You pretend you’re not a pimp all the while bitch slapping your advertisers like crack hos who need to get out on the street and get you your money.

Its clear Craiglist never spoke to anyone from the sex worker side nor do they really understand their OWN business. All the did was find a way to look like they were being tough on “crime” while really what they are doing is “Profiting” from it, in a very BIG way.

I saw news report after news report from yesterday to today on this story and the spin was “Craigslist is monitoring prostitution” or “prostitution crack down” Not one of them mentioned Craigslists making money off this deal. Maybe they Deal Craigslist really brokered with the collection of attorney generals was that crisgslist wouldn’t be prosecuted for pimping or pandering or profiting from the business of prostitution.

I wonder what your pimp name will be Craiglist.. maybe something with “Huggy” or “Silky” in it 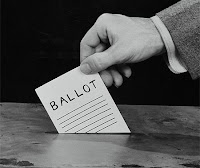 I woke up early at 7am, feeling much like a kid on Xmas morning. Though i may to wait until late into the evening and maybe even into tomorrow to see if i get presents under my tree or four more years of coal in my political stocking.

I went to my local poling place around 9am hoping to beat the crowds, where 2 districts were voting which meant 2 long lines of people waiting to vote. My neighborhood is mixed. Mixed with hipsters and Hispanics. I kinda fall in the middle of that being that half my family is Hispanic and well I’ve been accused more then once of being a hipster (though i like to argue that point) it was heartwarming to see that my neighborhood had come out in full force. There were long lines leading out into the street, of young parents with their kids, hipsters who brought their dogs and large cups of coffee, along side of Mexican grandmas who still don’t speak a lick of English. All lined up to participate in the democratic process.

I snapped a few quick shots while i waited in line for about an hour, spoke to my neighbors and even ran into a long lost friend who i didn’t know lived but few mere blocks away.

(long lines spilled out into the street)

I even took a shot of my vote for who i hope will be the next President Of The United States Of American and who i believe will mend this broken country and who i hope will lead us back into being a country we can ALL once again be proud of.

I urge you all to go out and vote today, its your responsibility as an American and… it will make you feel all warm and fuzzy and we all need to feel a little warm and fuzzy sometimes.