I’m a pretty low key holiday person. I dont make a big whoopdedoo over holidays, except for my birthday. Which i celebrate like its the last day on earth. (i can’t help it!) i do try to surround myself with friends and or family and try not travel to far from home. i usually end up in a bar of some kind, go figure.

1. drank a mistle-to-tini
2. got felt up at a pirate bar
3. played rock band!
4. ate a bloody rare steak
5. made an ice cream cone for my sister
6. flashed my ex my cleavage
7. drank a joespher
8. told my dad he looked like Nick Noltes mug shot
9. smoked a cherry clove
10. smooched my pooch

yeah well not everyone roasts chestnuts by the fire in a fuzzy sweater! 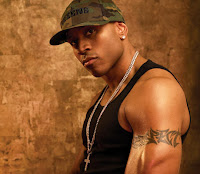 I see black clients; I have no issues even though of the three times I was assaulted or robbed on the job two of them were by a black man. Even though every time I am approached and hollered at by a pimp, he’s a black man. I also see white guys, Asian guys and Hispanic guys… if you can pass my screening and meet my price and you don’t creep me out. We have a good time ahead of us.

Which brings me the point of this entry.

I don’t have to service every dick with a dollar. I’ve been observing an online lynch mob. A group of angry black men who are hammering girls who politely say “sorry I don’t see black gentlemen” there was a huge movement a while ago for girls to put their preference on their sites or on they web profiles as to not waste anyone’s time by turning someone away at the door. Several of them complied and got caught in the big trap.

Now they are labeled racists and being taken to the cyber stocks and being stoned by the angry black lynch mob. Many of these girls have tried to get out of the trap by explaining that they have past experiences which prevent them from being intimate with a man of color, some just say they are not attracted to black men and there fore wouldn’t be at their best, some of these women are even black themselves. The lynch mob doesn’t care about anyone’s rational or reason. These girls dig their holes deeper and deeper with every word that comes out of their mouth. The mob jumps on every word syllable or thought. They are a single-minded mob they want their dicks serviced and they don’t care about the girls doing the sucking and fucking.

The lynch mob is after them… they follow them around message boards pushing their agenda. Getting angrier at every post. They are mean, rude, angry, and they happen to be black. They call them whores, bitches, racists, and cunts. They speak with such venom that I’m sure they have turned even more women off to entertaining black clients.

I do understand where the anger comes from; it can’t be easy to be judged by the color of your skin. I know it’s not easy for me when I get judged because I own a pussy not a cock or because im a escort for a living. The irony that these men are so angry for being judged but in the same breathe they do to someone else exactly what they are so mad about being done to them. Whores are treated by them, as lesser beings and receptacles.

Their argument…. You’re a whore, you fuck for money, and you’re McDonalds you HAVE to serve anyone that puts the money of the table, just like McDonalds. To that I call bullshit

I wouldn’t fuck any of them with Aileen Wuornos pussy and I LOVE black men but I don’t have to service every dick with a dollar and I am not McDonalds.

My body my choice. I may be in a business but until I can reap the benefits of any other legit business, yanno like not going to jail for doing my job then I don’t have to abide by the state discrimination laws. Oh and to that I also say even McDonalds reserves the right to refuse service to anyone.

I feel sorry for these women who fell into the trap of trying to be upfront. Now they are persecuted. Do I feel sorry for the members of the black lynch mob for not being able to screw a few whores, nope I don’t because I’m thinking they got turned down not because of the color of their skin but because of their piss poor attitudes. That piss poor attitude shows though in everything they say and do. 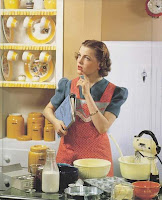 Who Knew I Was Betty Fucking Crocker? Pretty much any man who has ever lived with me. I know seeing me in my natural habitat these days with my broken stove and my empty fridge and shelves its hard to see that girl who turned down the scholarship to the culinary institute in lieu of art school. I cooked for years, elaborate fancy meals. It was creative, soothing and fun. I’m not sure when my love of cooking became the chore of cooking, 2 years ago i think…. now i never cook. I have put down my pots and pans and wooden spoons and i order take out, a lot of take out.

The food fairy delivers me scrumptious meals consisting of pad Thai or sushi. The pizza guy knows my and my dogs name, the local Italian place delivery guy sees me so much he mailed me a Xmas card and i have found 2, count them 2 Indian places that will deliver to me Tika Masala on a Sat night. Who needs a functional stove! besides i don’t wanna bother my land baron with petty issues like my broken stove, she might realize she hasn’t raised my rent in two years if i start demanding stuff.

I keep thinking about cooking though … maybe in the new year i will cook again, or maybe i just continue to watch cooking shows on TV and think of cooking as a way to express my creative energy and not actually put it into practice. Why do when you can think 😉

oh and i love coffee cake. when i go to Starbuck’s and get a tall mocha i usually get the fat free coffee cake. Trust me its better then the one with all the fat. I don’t know what they replace the fat with maybe little pieces of spun gold. What ever it is its tasty! Because i cant stop thinking about cooking, here’s a simple coffee cake recipe. Its good, make it for someone you love.

DIRECTIONS:
1. Preheat oven to 375 degrees F and Lightly grease and flour a 9×5 inch baking pan.
2. In a large bowl, combine brown sugar, white sugar and flour. Stir in melted butter until mixture resembles coarse crumbs. Add vanilla extract. Mix in baking soda, baking powder, cinnamon and ginger. Reserve 1/4 cup this mixture to be used as topping.
3. In a separate bowl, beat together egg and milk; stir slowly into flour mixture. Pour batter into prepared pan. Sprinkle batter with reserved topping.
4. Bake in preheated oven for 20 to 30 minutes, until a toothpick inserted into center of the cake comes out clean. Sprinkle with powdered sugar and serve warm.

Those that know me well know that i usually give out recipes that have booze in them but it’s hard to come up with a booze soaked coffee cake on Xmas morning off the top of your head, so you will have to eat it with a Baileys infused Cafe Latte or 3

Directions
Combine all ingredients in a shaker 3/4 full of cracked ice and shake!
Sugar the rim of a chilled martini glasses with powered sugar and stain. Garnish with a Hershey’s Hug candy.

Its the holidays, traditionally a slow times for the working girl. Since many of my clients are married or involved guys and with Xmas on the horizon many people don’t have an extra 400-1000 to invest in a stellar piece of ass (like myself) business is slow. So i spend my days plotting new marketing strategies, playing with my epileptic pooch, reading bulletin boards and of course reading my favorite blogs.

There’s just not a lot of fucking and sucking for me to write about right now. I have been remiss in the naughty exploits i know, I guess i could dig up some old encounter from my past like they guy who wouldn’t stop saying my name over and over in one long run on sentence as he was fucking me.

it was rather distracting, but he was a Brit so i just brushed it off as an across the pond mating ritual, this southern California girl just didn’t understand. Or maybe i could dreg up a good one from my personal life like the time i boned down with a couple hot, hung, Hollywood, up and coming, actor roommates for a night of “all about jenny!” who knew that i could handle that much cock .. oh wait i knew 😉

instead i spend my day prostrating all my Xmas shopping and i have very few people to buy for this year, family (which is small) and one sexy man i love. other then that my list is small. It’s like a weird forced holiday vacation when all i really wanna do is fill my days with work to avoid another very special Hallmark Family Christmas Special.

Oh well, it is what it is. The work comes when it comes and i new the job was dangerous when i took it. Its probably good for me to take a little time off (even if its forced) and just be a normal girl for a while and not a naughty plaything for the powerful and wealthy.

Okay off to brave the crowds and to spend all my money on frivolous and extravagant gifts for those lucky few i love with all my cold and bitter heart.