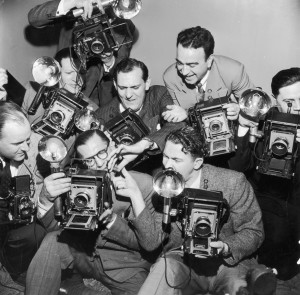 I was minding my own Twitter business when it popped into my stream, Eros Guide announced they were coming to my city, Washington DC for a photo event. I clicked the link. Seems Eros is getting into the escort photoshoot business and they are doing it in DC. I was pretty irritated right away but not for the reason you might think.  What bothered me about this was that Eros Guide was selling these photoshoots for outrageous amounts of money 1200-1500 dollars of hard earned escort cash thats 3/4 times the going rate and marketing it towards “new escorts” The package they were offering was a shoot with a photographer with a minimal portfolio that had a grand total of 1 adult photo, one location for everyone just to make sure your pictures looked like all the other girls shooting, a make up artist, a “social media blast” whatever the fuck thats suposed to mean and of course an ad on their site. You’d also get a cookie cutter website of some kind as if online escorts don’t overwhelmingly have those already. If you opted for the higher shoot price you would also get a totally unnecessary video which they would give you the embed link to or put it up on YouTube or Vimeo for you where it would surly violate TOS and get your account deleted. Ask me how I know that.

Lets break this down…

Photoshoot: I’ve done shoots with multiple girls in one day and i’ve always offered a discount on them. I used to call them “shootouts” back in the day and it was mainly used by ladies who just needed a few current photos to add to their existing galleries. Why did I offer a discount on them? Because when you have one location and multiple girls you run the risk of having your photos look similar. You don’t have time to reset lights 5,6,7 times when you are pushing though that many models a day. You only have time to pose a girl in the same 4 poses as the girl before and move on to the next. Thats just a fact and anyone who tells you different either hasn’t done a shoot like that before or is flat out lying to you about what they can achieve.

The Eros shoot information was vague, never telling you how long you’d get to shoot or how many photos you’d get and if they’d be retouched or not. All the details you’d want to know and information you should have before making a decision on any shoot let alone a shoot that expensive. For that kind of money you should be shooting with a photographer with a name and reputation or you should be getting a fair amount of shoot time, like a half day or a full day. You will get neither with this Eros Guide Photoshoot event. Its just logistically impossible.

So why is Eros getting into the photo business? 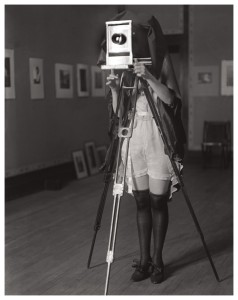 It seems to me Eros is trying to compete with Backpage. Backpage is kinda kicking their ass in some markets and i’m sure they would like a slice of those profits.  Instead of buffing up their 2nd or third tier markets and getting those markets to recognize Eros as the go to site, it looks like like Eros is trying to peel off Backpage customers in hopes that the eyeballs with come with them. The implication is Eros thinks those customers don’t know how to market themselves or doesn’t have photos up to Eros’ standards. All that would all fair and good if thats how they were framing these little photoshoot events. But thats not what they are doing. They framing as if they are helping providers. To further add to that perception they are offering a free lunch (no such thing as a free lunch!) where they will have “speakers” who will offer escorts services. Let me rephrase that. Where escorts will be captive audiences to people who want to sell them stuff.

The frame is, come to our one stop shop and walk with everything you need to market yourself as a high end hooker. I.E. Advertise with us and not with them. With us you’re high class with them you’re just a whore. And thats what pissed me off most about this. This whole thing is being marketed to girls who wouldn’t know any better because they might be new to the business or  who have little resources which is why they are advertising where they currently are and Eros is taking advantage of that to the tune of 1200-1500 bucks. 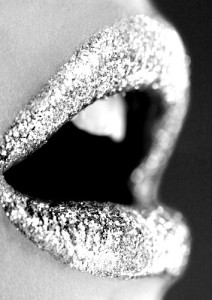 Real Talk: how many dicks does a escort have to suck to pay for a 1500 dollar photoshoot? Because when you start thinking like that then it becomes crystal clear what a rip off this is. Is Eros luring ladies with the promise of getting more money per hour because she has an ad on Eros and some assembly line photos?  Really thats all it takes? Who knew! Oh i know anyone who’s been around the block a few times and has been in the business for more then a hot minute. If it was that easy everyone would a high end hooker.

I’m extremely disappointed in The Eros Guide. I have been critical of them in the past but they spent a long time building up good will, trust and reaching out to members of the escort community. That effort was reflected in my continued support of them over resent years and my personal efforts to try to always answer questions when i was asked to help them understand sex workers and their needs better. But this…. this is a huge miss step. Add to that fact that after i tweeted my utter disgust over this whole debacle i got chiding text messages from a Eros staff member i’m friendly with who attempted to tell me how wrong i was but in the end only solidified my opinion that they are being totally and completely tone deaf at best and have a hidden agenda at worst. Years of trust crumbled in just a few hours. How fucking sad is that.

City Vibe was a major player in the escort advertising world. You could get a big glossy ad in any major city in the US and even some not so major ones. They had some kinda link exchange deal with the big national review website, yanno the one that boasts a gazillion escort reviews. If you had a profile on that site you would often find a link to your ad on Eros or some other site replaced by a link to City Vibe. When I started touring, City Vibe would often give me a free ad in what ever city I was traveling to. I didn’t ask for this ad they would just do it and somehow they knew where I was traveling to. They would call me every once in a while and ask me to advertise with them often giving out great deals and every once in a while I would bite, hoping they could bring me more work but it never seemed to play out that way. Eros was the big player and City Vibe didn’t net me more business and why  spend hundreds on an ad that didn’t perform. I didn’t. Other people did though, some big named girls always had ads up on City Vibe. I’m guessing it worked for them or they wouldn’t spend the cash. It just never did for me. I promptly forgot about them (and their free ads) when I stopped touring. Until the other day. It started on Twitter when a friend who was a regular City Vibe advertiser was having a fit about some redesign changes. Apparently City Vibe was now adopting the look and feel on their front pages of Backpage.  You’d have to dig for the escort ads among the long list of items for sale like clocks and dressers.  Once you did find this escort sites escort ads, you find that they are heavily pushing their new VIP ads, which look strangely familiar. Upon a little further inspection they also seem to have their own “review” site attached. Cuz what they world needs is more “review” sites, especially one that is almost an exact duplicate of that national review site they used to be partnered with. It’s weird to see such a long established site have such an obvious identity crisis. Skip ahead a week and its all over my twitter stream City Vibe is being sued. Sued? Yup Sued! I was able to find the legal complaint that was filed (it was easy to find) and it turns out City Vibe isn’t being sued by that review site they took the whole review model from, or Backpage whose concept they are appropriating but they are being sued by Slixa for copying the look and feel of their VIP ads. Slixa is an upstart escort advertising site that’s been hitting the ground running and earning a lot of good will in the escort world. Its a splashy new site and when I first saw them,  thought that they were positioning themselves to take on Eros. Trying to be in direct competition with the most high end of all the escort advertising venues. I thought good for them, there needs to be more options for escorts. They have a unique look and feel and do a few things Eros doesn’t that I personally think makes them appealing to escorts, like not doing traffic trades or having links on their site that go off to cam girls or porn sites. Escorts like that cuz when you pay the big bucks you don’t want to give away your eye balls. As I’ve long stated my background is in advertising, more specifically art direction. That’s what I went to college for. So my first thought was really suing over a design? Is that even possible? Then I did the compare and contrast and its clear to me that City Vibe is directly copying Slixa’s VIP pages. To the smallest of details. Seems City Vibe doesn’t have an original thought in their head. Maybe they think they need to swipe ideas from everyone else to be competitive, or maybe their art department is lazy or …who knows the why of it all. I’m no legal expert so who knows if Slixa will be successful in court (a jury trial was demanded in the filing) But to an ex art directer with some knowledge in aping other peoples work and making it your own I can say with confidence that City Vibe didn’t even try to modify they just out right aped. I don’t understand that business model. Sex workers are always trying to be unique to try to find a way to stand out from a crowd. That’s why I always advise people to find their best feature and whats special about them no matter what that is and play that up. City Vibe might do well to take the same advice and try to stand out instead of trying to blend in by swiping everyone else’s business models and looks. They been around a long time, are well established and its strange to see this implosion and to watch them self destruct. I wouldn’t be surprised to see them just disappear one day or maybe hear though the grapevine that they are up for sale.

Escorts need more options for advertising not less and more then that, they need GOOD options not cookie cutter slapped together miss mashes of other sites. I hope City Vibe pulls themselves together and once again becomes a real option for escorts and their advertising needs but I’m not holding my breath.

Full disclosure I am a contract writer for Slixa but in this blog… all my thoughts are my own!