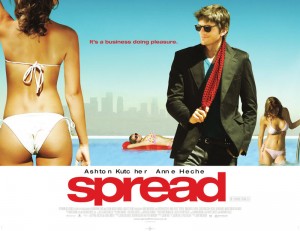 Ok to play a sex worker, not ok to be one?

The Ashton Kutcher and Demi Moore’s anti trafficking campaign “Real men don’t buy girls” has long bothered me. It’s made me so upset that i haven’t been able to write about it because i get too emotional when trying to put my thoughts down in writing. It bothers me for a lot of reasons. Because its the celeb cause of the day, because it’s always felt so completely dishonest, because it conflates sexual slavery of under age children with that of consensual paid sex acts between adults, because it ignores BOYS (as if they are never victims of trafficking) and i could go on and on and on and on and on. It upsets me and bothers me on so many levels that’s it has hard for me to verbalize how it makes me feel. Basically I’ve talked to friends, colleagues and tweeted on occasion but about it but that’s it, until today. Why today? Village Voice Media owners of Backpage wrote a front page story and debunked the child sexual slavery numbersthat both Dude where’s my car and Jules from St Elmo’s Fire and other abolitionist groups  love to throw around to solicit donations for their anti trafficking campaigns. Turns out the numbers are greatly and flagrantly exaggerated like i always FELT they were but now a Pulitzer prize winning paper has done the research and homework and confirmed what i had a hard time putting into words.The numbers are wrong. The facts are wrong, Demi and Ashton are wrong. Look Sexual slavery is a terrible thing, sex workers like myself want to stop it as much if not more then the average Joe. We know first hand the realities of sex work, much more so then an ex soap opera actress and the guy from that 70’s Show. We want to do our part to end child trafficking, that’s very hard to do when Sex work is criminalized and children engaged in prostitution be in by corrosion or choice are branded criminals and offered very little services besides a jail sentence. If we report a crime we’re at risk of being arrested ourselves and were often the ones most able identify a crime. We have access and knowledge others like celebrities and law enforcement dont. Plain and simple.

Both Demi More and Ashton Kutcher have made money portraying sex workers. Demi even famously underwent breast augmentation surgery for the role of a stripper. So what gives with the blatant hostility towards sex workers? Why do they need to use junk science and inflated numbers to further their cause. Why create and exaggerate  problems that doesn’t exist, when you can work to address the problem that does exist. Is it because if there are an average of 1,000 trafficked children a year that its not going to raise the money you don’t funnel down to services for victims, then if you LIE and say 300,000? It’s hard to get the big bucks without the splashy numbers, so they “find” splashy numbers even if they have to make them up or turn a blind eye to the fact that are are made up and inaccurate.

Ashton tweeted just today that “he only played dumb on TV”  as he got into a pissing match with a news outlet because he didn’t like them taking him to task for his inability to get his facts straight. He then went on to try to get advertisers to remove ads from The Village Voice  because VVM owns backpage and sex workers advertise there, which of course revealed all anyone would need to know about Ashton Kutcher’s real agenda. Ashton Kutcher is against sex workers, their rights and possibly their very existences. He’s an abolitionist and he let let his slip show in the midst of his Twitter melt down because he got some bad press.

… yeah he only plays dumb on TV?  I’m not buying that argument.