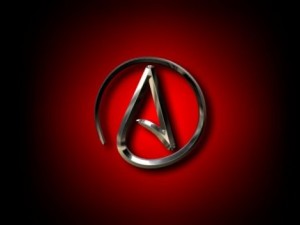 What is a sex worker? Yes, that debate rages on. I have a feeling it always will. It’s not easy to get women of different fields  of sex work to self identify as sex workers. They have their own preconceived notions of what a “sex worker” is and the media and the abolitionist groups that want to use the word “prostituted woman” in place of sex worker doesn’t help. I wonder what those same groups would call a phone sex operator when she self identified as a sex worker? A intentional prostituted obscene phone caller? Thats the opposition the people who are against sex work, (hell they are usually against plain old sex too) trying to control the definition of what I am. I don’t like that, not one bit.

The simple fact is all kinds of workers who are in the sex business are sex workers. But since the media loves to focus on prostites AKA escorts that its often hung like a mantel around a escorts neck to the detriment of other kinds of sex work. Like phone sex operators or professional Dominas or say strippers. Who are all sex workers.  True all areas of sex work have different priorities and maybe that’s why its so hard to bring them together and get them to all self identify as sex workers. If you’re an escort you might be more concerned with legalities of your profession (and changing the laws to make your kind of sex work legal)  then say a porn star who’s work is already legal and who might be currently embroiled in the whole CAL-OSHA  demanding you use a rubber and dental damn in making a x-rated film debate. However because our focus might be different that doesn’t mean were not all sex workers, that we don’t all use our emotional and physical labor in the sex business to turn a buck, put food on our tables and roofs over our heads.

Nothng about us without us

At Slut Walk recently I worked the SWOP-LA table and passed out literature and tried to bring awareness to what SWOP-LA wants to do. End violence and the associated sigma against all kinds of sex workers. I talked to a lot of people and the people who were most  resistant, the most judgemental were the people who identified to me as porn stars and strippers. Not that’s not to say that’s as a group they are the most resistant. In this instance that’s what i encountered. The civvies there were way more open minded then the majority of current sex workers who spoke to me. I found that sad. To me that said the media and the abolitionist are gaining ground. If they can make current sex workers somehow ashamed about identifying as one, well then that’s going to be hard to overcome. Because that’s what it felt like to me. That they were afraid to say ” yes i am a sex worker” because the stigma came with the term and the job. I’m not a sex worker, my job is legal, I’m a porn star! I’m not a sex worker i work in a club, I’m a dancer! Im not a sex worker i’m a Domme i don’t have sex with my clients! Those others who are not as legit as me in whatever way are sex workers. Those attitudes to me says that the opposition gaining ground. That’s how i see it. Can you imagine when the civil rights movement of the 60’s was going on if people were afraid to say “I’m black and I’m proud” ala James Brown because they didn’t want to be associated with or put in the same category those other not so acceptable black people? How far would the movement have gotten then… a big fat nowhere. 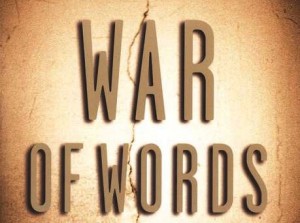 I don’t know what to do to solve this problem. Maybe its getting some big shot XXX media darlings to identify as sex worker real loud and splashy. Maybe its just talking to people one at a time and wearing them down. Hell i dunno. I know that when i m with a group of Dommes  and they’re are discussing work issues one always has something snotty to say about escorts/prostitutes then they look at me and try to say well not you… you’re different. I always cringe. I’m not different and when that happens i know i have to work harder to get non escorts to pick up the sex work mantle and not let the abolitionists win the messaging war they are engaging it. Because that’s what this is, make no mistake this a war and we are not as well funded or armed as our opposition. This is a fight not only for the rights of sex works but for the narrative. This is a fight we have to win or all sex workers will lose. if they delegitimize and marginalize  some of us they delegitimize and marginalize all of us. Yes, this war… and war is hell.

3 thoughts on “This is War”