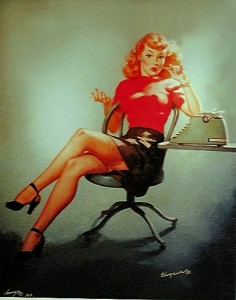 I’ve been writing this blog for a number of years and its hard to stay inspired sometimes. I’m often bitching an moaning that i cant think of another thing to write. It’s hard to come up with article after article post after post trying to stay at least a tiny bit relevant and amusing. In doing that I’m often scouring the web and other blogs for other writers to read and other blogs to be inspired by.  I happened across the EdenCafe and was actually quite surprised by it. Lots of stuff up there from interviews with porn stars to stories about male hookers (OK that one was written by Monica Shores, who I’ve long been a fan of) but the point being there’s a lot of good reads there and a lot of interesting voices.

Example: while distracting myself and procrastinate making fetish clips ( i know right!) i cam across n interesting link on the Twitter. Yes, i love the Twitter. It was about the slut walk in Toronto. Seems a bunch of ladies took the the street up there in the great white north to protest an incident where a Toronto cop told a classroom full of students at York University that to avoid rape they should avoid dressing like a slut. even though the Officer allegedly received further training for his ridiculous statement and fucked up antiquated slut shaming attitude it wasn’t enough for 1,50 protesters who took to the street for a “SlutWalk” good for them! after reading this story i realized it was a Sexis story and on the eden fantasy blog.

So its a good find there are lots of hidden gems and lots of sexy, sex poz stories, reporting, articles to both inspire and okay maybe just get inspired from. I got it in my Google reader and will be checking out out often. Just thought i’d share a little.