You have the right.. oh fuck your rights

A well known agency was busted. Miami Companions. They went down hard. 5 people arrested so far. From the looks if it they got the owners, the office manager, the bookkeeper and what looks like may be the recruiter. Many government agencies are involved including immigration and the IRS. This is bad news.

I’m a well known independent sex worker and i have very little love for agencies in general for several reasons.

A. Most tend to be shady operations that are thinly veiled pimps where greedy men (and sometimes women) are making large bucks on the backs of hard working sex workers. They overwork them and take most of the money (in Vegas the girls  work on tips, the agencies take all of the show up fee)

B. Agencies are the big fish to law enforcement agencies. When an agency goes down they are charged with all kinds of felonies and in some cases RICO can be enacted. Its not a misdemeanor solicitation charge. It’s money laundering, pimping, pandering running a house of prostitution and even human trafficking. Its a big flashy score for the law and it makes a tasty news story. Not only can they get a big collar but they get to show the national media how well they are doing their jobs, earning their keep and justifying their budgets.

Even though i don’t have a lot of love for agencies Miami Companions was a reputable one. One of the more respected agencies around. I would accept a reference from them. They were often very nice about giving refs to independents, as not all agencies are. My dealings with them were always professional and above board.

Which brings me to my point, why do clients use agencies such as Miami Companions? I think there are several reasons. But i think many of those reasons are misnomers and should be reexamined.

They like to be able to call up and just get whoever is available. Its easy, they don’t have to do a lot of homework and research to make sure a girl isn’t a rip of. It’s the lazy mans approach to whore mongering. Plus agencies are well know for recruiting strippers and turning them out, so if you like that stripper look you can often find that style of hooker working for a big name agency.

2. They believe their personal information is safer with an agency then an independent.

This is probably where they make the biggest mistake of all. Now i cant blame a guy for being lazy but i can blame him for being shortsighted. An reputable agency will screen you like a independent will screen you. You need to tell them who you are. An agency will keep your info so they can know who you are next time you call and an independent will keep your info so she can reference you to another provider. Since the reference system is how we all play safe. Some will  tell you they don’t keep your info, but that’s a big fat lie. You know it and we know it. So a client is lulled into a false sense of security and feels comfortable giving his info to a agency IE  business because it feels more secure. “the business wont blackmail me and tell my wife” “the agency isn’t shady, its a known entity”  they feel that some indie girl is more likely to use their info against them.

The reality is that anyone who you give your info to can try to use that info to harm you, which is why you choose carefully who you share it with and do your research. With an agency you run the all to familiar risk of your name being on a client list when there’s a bust and the story hits the national media. It happened in Arizona a while back and that client list DID make it to the press. (i knew people on it) Because agencies are such a juicy target the odds are higher they will become the focus of an investigation, where the worse thing an independent can get busted for is solicitation and that is generally a misdemeanor. Not exactly what a multi agency federal investigation points their resources at. Indies who get arrested are usually caught up in a general sting operation. Smart indies who screen will have a very low risk of getting busted at all. 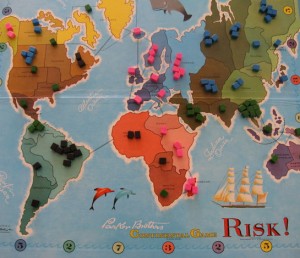 So with all that taken into account why would anyone use an agency. This is a risky business and the risk isn’t just for the escorts, the clients all have risk and need to take steps to minimize it. EVERYONE has something to lose, and that is often forgotten when you get all caught up in your little subculture and its easy to lose sight that this isn’t legal what we do. That people can and do go to jail, lives can get destroyed because it’s found out that someone is an escort, or that someone frequents them

No one knows how the whole Miami Companions bust will affect the business. Will it scare off clients, will it bring a flood of new indies on the market who were agency girls and the pie will get smaller? Only time will tell. So be smart, use your critical thinking skills, don’t be lazy, do your homework and you can have a lot of fun nailing the hot sexy girl of you choice for a little pay for play action. When a client does this its a win/win when he doesn’t… well ask the guys in Arizona how well that went when their names were released to the media as whore mongers

I’m sure it didn’t go over real well at home.

3 thoughts on “Taken down HARD”