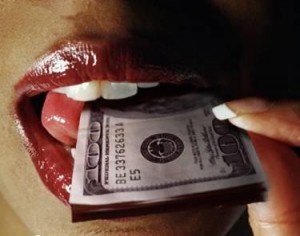 It makes the world go around

Downward spiral is better then a shame spiral

The economy is in the tank and all facets of the adult/sex biz are affected. From the dancers in the clubs, to the PSO’s, to the cam whores, to the hookers, to the porn stars. Its just like the rest of the world, expendable income has decreased, the pie is smaller and  if you dont have additional skills you are likely to suffer more in this downward fucknut of a  spiral we are currently living it. I’m lucky, i have skills. (and not just the ones that pay the bills) plus Ive been diversifying for a while, its called survival and not just in the sex business, I’ve been diversifying in the art world too. Like a shark i have to keep swimming. The thing that interests me most is passive income. Some way to make something once and have it pay off over and over again. Which again brings me to clips. 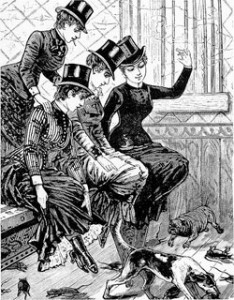 I’m making clips which isn’t easy when you don’t wanna be a porn actress, i really have no desire to fuck on film. Plus am an escort that doesn’t show her face, so getting around those weird set of circumstances and difficulties  will be a challenge. I might have to adjust my priorities or maybe I’ll be clever enough to figure out a way to get it done. All that remains to be seen. Once upon a time i was a hard core foot fetish model. I quite by accident found out i have very dexterous feet and could do all kinds of naughty things with them. Plus according to the feet people, my feet are pretty awesome looking. So that’s where I’m starting, with my feet. Maybe i’ll move up to other parts but right now…  I’m all about feet clips. When i have enough i will open a clip store of my very own then put that advertising degree to use and market the shit out of it. That step one i my passive income quest. Step two… T-shirt store but thats another giant ball of wax to be tackled.

I’m like a terrier with a rat, a problem solver and right now the problem is passive income. Its the phrase of the year…. i wont let up until that rat is bloody and dead.

2 thoughts on “Diversification and passive income”