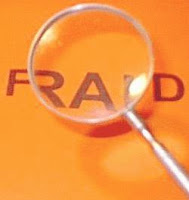 Since hookers are the new black and by that i mean it’s almost acceptable to be a sex worker these days. There are T.V. shows, movies and articles written about us all the time now. Though its still not in the mainstream, it’s a lot more acceptable then it was just a few short years ago when i started working. As a result I’ve noticed a new trend. Though trend might be an over exaggeration. What I’ve observed is fake online sex workers. Yes i said fake. What that means is fairly high profile “escorts” that are not real working escorts. They are made up figments of their creators imaginations. With a little knowledge, a little research, it would be easy to make up a very salacious prolific online persona that was a sex worker and that is just what some people have done.

It angers me and makes me laugh my ass off, when I see people fall for this shtick. It angers me because these made up persona’s are setting themselves up to represent the profession I work in and they are not real. I work hard to give my honest account of the sex worker subculture and my place in it. To not sugar coat, sensationalize or glamorize what I do. I am as honest about it as I can be. When you see people who are just making up stuff out of thin air, being touted as “authorities” on the subject of sex work, when you see these sock puppets being as sensationalistic as they can be to draw as much attention to themselves as humanly possible…. its upsetting.

When you watch the blind masses falling for it, its often sad and hilarious. How betrayed will these people feel when they find out that hot sexy little minx they read the blogs of, follow on twitter or Facebook feel when its revealed that the “sex worker” isn’t a sex worker at all but some made up persona who doesn’t exist. Someone who capitalized on a trend that took the ball and ran with it and MADE UP a person? I think they will feel quite betrayed because they cheer for her, believe in her sexual freedom, encourage her to succeed and support her. They do get invested in her and she is not real. How much backlash will there be for us REAL sex workers when these fakes are eventually outed for what they are. For most sex workers who quietly go about their business it probably wont impact them much but for the activists who work daily to decriminalize and fight for the rights of sex workers and for a girl like me who does speak to the press, does write honest accounts about her feelings of being involved in this world, there will be just that much more work to do to convince people were not all drugged addicted, pimped out skanks, who cant do anything but spread our legs for a fast buck. That is the real disservice these fakes do. When it is revealed they are fake no one will believe that the intelligent sex workers who speak out…are real.

I was interviewed for the LA Times this summer. The reporter wanted to meet me face to face. I agreed after checking her and out ascertaining she was in fact real herself. She explained to me why she needed to meet me face to face, it was simple, she originally thought i wasn’t real. She wasn’t ingrained into the escort world (most reporters aren’t) She didn’t know how to asses someone legitimacy with reviews, screening services, etc.. she needed to confirm with her own eyes and a face to face interview that I, Jenny DeMilo was in fact the same girl who tweeted, wrote blogs and was in the pictures on my website.

So think people. Use your noggin. Take the Woodward approach of needing two separate and reliable sources of information to confirm a fact. Don’t be so fucking gullible. Anyone can say hey are anything on the Internet. Astronauts, race car drivers, pirates, Tom Cruise and in the case of online hookers there are plenty of fake ones out there making up the most unbelievable crap and passing it off as legitimate and real.

I wont even get into the motivation behind perpetrating such a fraud because the Internet is a strange and weird world and people do all kinds of crazy shit from behind the protection of their computer screens. And no, i wont tell you who i know these frauds to be. If you use a little brain power you can figure it out in a hot New York second all by yourself.

19 thoughts on “"Fraud and falsehood only dread examination"”