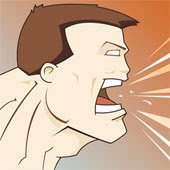 There are rules for ad postings on message boards about hookers. They all vary to some degree or another but there are rules. Escorts must adhere to such rules or risk banishment and lose the ad venue or be subject to ridicule and public scolding by those tho know the rules inside and out. The rules are often hard to find.

I’ve been noticing a trend on several boards, Hobbyists (johns, tricks, clients whatever you want to call them) posting derogatory insulting comments on a escorts ad thread. The slant seems to be “you charge too much, don’t you know there’s a recession!!” with a good portion of “you fucking whore” implied though some don’t imply the last part but come right out in say it. Classy.

A recession? really? wow i was too busy doing my nails and playing with my perpetually wet snatch to watch the news or pay attention to the world around me to notice, you don’t say.

The escorts I KNOW all knew about the recession long before the disgruntled nasty comment backlash started or before the word was uttered on the evening news. Escorts are more tuned in to the ebb and flow of cash flow then any other business people i know. Seriously, they really are.

What amazes me is how these disgruntled message board cry babies think that by brow beating some escort trying to make a living by hanging her shingle out (the ad thread) will work. As if suddenly the lady is going to say oh yeas Mr. anonymous troll let me give you my services for free because i know how hard it must be for YOU out in the real world. As if WE don’t live in the real world too. Its the sense entitlement i don’t get. Not the disappointment that they cant afford to pay for prime pussy, i understand the disappointment. I get disappointed too when i cant afford something i want. I either forgo it or save up for it. I don’t go into Tiffany’s and bitch the sales people out because theres a recession on and they should lower their fucking prices because I NEED to wear that bracelet. When in actuality i don’t. I can easily not wear it, just as these message board shit talkers can easily not fuck a whore.

They feel entitled to publicly bitch and moan, they try to get other shit talkers to join the fray, they try to get the lady to join the fray. If she does try to defend herself they further attempt to say “see that nasty whore doesn’t deserve to get paid, cuz shes got a the nerve to defend her business” oh and they bash any male who thinks being a loud mouthed rude prick on a message board makes all hobbyists look bad.

I see this going a couple ways, its going to get worse as more men who used to be able to easily afford to screw escorts realize that they can less and less if at all, so the disgruntled will become more vocal. I also see the ladies not sitting back and taking it, its harder out there for everyone and yes that includes escorts. When you get limited access to advertise and that advertisement is sullied by some angry little man and his personal financial issues, it very likely will lead to more ladies not taking the high road and waiting for next weeks ad to go smooth but to taking on these shit talkers head to head.

So its going to get a lot nastier…mark…my…words…