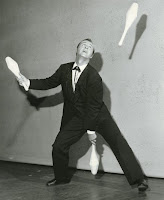 I’ve been remiss with my blog postings because I’m obsessed with the upcoming presidential election and focusing on that. I hope many of you out there in the blogesphere are too and are prepared to vote your conscious on Nov 4th. To not do so, makes you a very bad American. Couple my political obsession with the fact that It’s fall and my escort business is heating up (as it always does this time of year) and the fact that I’m shooting like made for my day job and well, i know , i know excuses, excuses but there ya have it…

So in light of my neglect here are some things i thought i would bring to your attention:

Swop Chicago did a great little video about Knowing your rights as a sex worker. Its aimed Chicago providers but its got info that all sex workers should check out as well as some awesome role-play reenactments and rad cop glasses…poor bubbles

h/t Vixen of the Spread Blog

Sex workers in TJ are getting charged more for STD and HIV testing. its being called “immoral and scandalous” by Victor Clark Alfaro, director of Tijuana’s Binational Human Rights Center. It also could increase the risk of spreading STDs, as many girls may try to forgo testing to save on expenses. Think about that next time you wanna hop the boarder for a super cheap piece of ass

Both Brad Pitt and Google Step up in support of NO ON 8! the California proposition trying to overturn the the rights of gay couple to marry in California. If Google and Brad can do it so can you, NO ON 8!

Planned Parenthood says its received $802,678 in donations in Sarah Palin’s name. The Viral email campaign started a couple weeks ago when emails started to circulate on how to make a donation to Planned Parenthood in the Name of the conservative VP candidate who doesn’t believe in a woman right to choose.

You can make a donation at this link
Have them send the card in Sarah Palin’s honor to:

On the subject of the GOP MaCain says “horseshit” during the debates which makes him the first candidate in a televised debate to use profanity.

On Bob Cescas Goddamn Awesome blog there is a particularly great comment by a deaf lip reader “FrictionSoul ” who breaks it all down for you. Im all for cursing but not during a presidential debate. Does that mean when McCain disagrees with some head of state he’s gonna go ape-shit lose his cool and curse at him? Yeah that’s great diplomacy.

I prefer to leave my cursing for this blog and for when I’m getting fucked really, really good…usually from behind 😉

2 thoughts on “Pre-Occupied And Stuff”