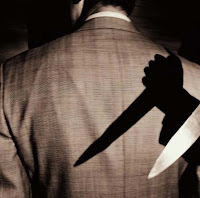 But i know someone who did. Some schmuck on some dinky message board. Not only did he do just that, but he gloated about it and sought approval. She last minute canceled on him so the dick-weed had a friend call her book something and then sent her on a wild goose chase on a fake call. When i first started before i really knew what i was doing i got sent on a few. I think many outcall girls have. Then we learn how to avoid those situations by screening and research.

so what happens after asshat posts on the message board about his really reprehensible behavior? A bunch of chicks give him their approval. wtf? Okay i know that game. its the “oh im not like that”, “i agree with you so book me next time” bullshit game. Really ladies, you think the rest of the girls aren’t watching you suck up to try to gain a pathetic excuse for a man as a client at the expense of your integrity. Trust me we are watching you sell your sisters out. You motives and actions are transparent. Times are not that tough that you need to act in such a fashion, there is always another client around the corner and there is enough room for everyone to eat. That kind of behaivor never ceases to amaze me, how low someone will sink for a lousy 200-250 dollar client. yeah you sold your follow escort out for a cheap bastard who treats women like shit. nice!

6 thoughts on “Selling your sisters out = BAD”