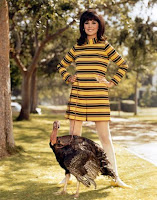 Whats worse getting woken up by that terrible tap, tap, tap of housekeepings keys on your door because you forgot to put out your “no moleste” sign, or the phone ringing to wake you with the automated message of “pay your god-damned cell bill or get shut off” oopise did i forget to pay that one? silly me…

I say the tap, tap, tap of the maid key is worse only because thats what woke my ass up this morning, the automated cell call was a close second.

I stayed up late drinking red wine and playing video poker… yes i know but i dont know how to play REAL poker. So video poker it was. My video poker companion hit a royal flush it was a big pay out for a 10 cent bet 😉 i on the other had did NOT hit a royal flush… oh well we cant all be winners. I lived vicariously though him for the moment and made him take a picture of it with his camera phone.

Then i went on to lose a few bucks on the “That Girl” slot machine. Its a fact that i only play slots that are real things. Ie. Monopoly, I Dream Of Jeanie, Deal Or No Deal, The Village People its gotta be based on something real. You get the picture. It’s a little gambling superstition of mine. I couldn’t believe it when i saw for the first time the “that girl” slot.. i was tickled pink. I shit you not, “That Girl” Ann Marie herself, Miss Marlo Thomas, Phil Donahue’s ball and chain has her own nickel slot. So i wonder what kinda licensing agreement she made for that one. That’s something to put on the resume huh… Actress, writer, activist and now slot machine persona!

Gotta love Vegas… and That Girl!

One thought on “Good Morning Vegas!”