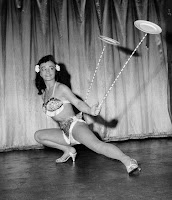 He was a nice enough guy but I knew right away this was going to be a lot of work. It was hard for me to get him to crack a smile. Maybe he was just nervous, I dunno. He was from the mid west and had ordered me like a pizza while I was on tour in a strange city.

We got down to it after pretty much no small talk cuz well he wouldn’t give me anything more then a nope and a yep. I finally said lets get naked. He was agreeable.

So I was sucking his dick … don’t you love it when stories start out like that? Now I’m a good little cocksucker but this dude wanted me to jerk him off while I was sucking his dick. That means with every stroke of my hand and bob of my head I was punching myself in the mouth. Ahh good times. Well that’s not enough; he then had to add in the play with my balls request. Okay do you know how difficult it is to find a position where you can hold yourself up (and your DD boobs) and not use your hands and then tickle his balls, jerk him off and suck his dick simultaneously? Pretty fucking difficult.

I’m enthusiastic and the price of admission is high so I always give it my best effort but this guy refused to cum. I’m bobbing and jerking and tickling to the best of my abilities and this dude is lying back and not saying a word. He’s not breathing heavy, not making any noise, he’s doing nothing to give me any indication of how im doing, he’s just laying there. I have ZERO to go on. His dick was as hard as a rock so I must have been doing okay but really it was like sucking the dick of a dead guy with a raging hard on. I stopped and asked him for feedback. “Is this okay” “do you want me to do something else” etc, etc. All he said was “it usually takes me a while” well apparently it takes longer the 45 solid minutes of me sucking his dick while jerking him off punching myself in the mouth until my lips were numb and tickling his balls while falling over trying to hold me and my huge boobs up with no hands.

He had only booked an hour for us to be together so I gave him the 10-minute warning. I asked him if maybe he could “give me a little help” and let him know that jerking off on my face (usually a show stopper) was an option. He looked at me like I had just asked to kill his Puppy and said no. As if touching his own dick would make it fall off or something. There was nothing left for me to do, I just said I was going to give it another try and some feed back would be helpful and that unless he wanted to extend our time together (while I prayed he didn’t) that soon I would have to depart. I went back to spiting all over his cock and slurping and jerking and tickling away. He continued to go back to giving me no feedback and lying there like a dead guy with a hard on. When the time was up I slipped my dress back on and high tailed it back to my 5 star hotel to put an ice pack on my shoulder and have a couple stiff drinks.

Usually I enjoy my time with my gentlemen callers but this guy was weird and left a bad taste in mouth. Not literally since ejaculation sure didn’t seem like an option. I don’t know why he ordered me up; it was not my most shinning moment.

I was a circus performer spinning plates trying to keep them all in the air at the same time but in the end I couldn’t spin them forever and they came crashing down all around my feet into millions of little pieces.

6 thoughts on “Another day on the job”