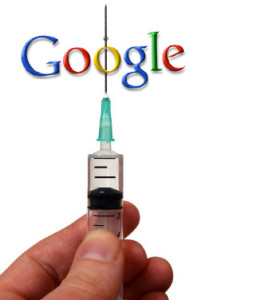 I’m sure you’ve heard the news by now a sex worker was arrested for the murder of a Google executive. The man died back in November but the arrest was recent. The media is loving this story because the sex worker in question is rather interesting. Hes got wild hair and tattoos, shes a sugar baby and just in case you were wondering, yes, sugar babies are sex workers too. Though the media cant help but call her a hooker. She advertised on seeking arrangement.com Which any bonifide hooker will tell you is where cheap ass mother needy fuckers go to look for paid sex all the while fooling themselves into thinking is not really a pay for play situation. Its often a starting point for baby hos thinking “hey i can meet nice men spend sometime and have them pay my bills etc” only they come to find its often the guys who are too cheap to pay by they hour, or too needy to understand the “arrangement” part of the seeking arrangement and they move on to straight ahead escorting and put the sugar daddy bullshit behind them. I have friends who started in the biz that way.

It seems the women in question used the site as her main advertising source.  She was arrested after a sting operation and she was lured back to silicon valley on a fake date and they slapped a pair of bracelets on her and are holding her on a bazillion dollars bail. Released to the media s that theres some kinda surveillance footage of her on the mans yacht finishing a glass of wine, stepping over his prone body and closing the curtains. They are saying she was the one who administered the heroin (did John Belushi’s death teach us nothing?!)   of which he died of an over dose and that she didn’t call for help when she new he was either dead or dying. Thats the story. The media of course is calling her a high priced hooker because there was a grand involved. Though thats a good amount of cash if you are getting paid by the hour but this was likely for the date. Who knows how long that was supposed to be. Commenter’s to media story’s are all about her. Her worth, her hair, her tattoos, her past, her looks. High priced hooker who shoots heroin into client and left him for dead. How the poor man left behind a a wife and several children. How he worked for Google and what a tragedy it is.. for him.

No one and i mean no one media story that ive seen is talking about a Google executive with a yacht who likes to pay for sex and slam junk on his boat away from his wife and children for a good time. As if she forced him to do it. He didn’t have a choice. He didn’t decide to take his life into his hands and shoot junk. I’m really getting tied of the often predicable trend of these stories. How the evil hooker did this or that. What a whore she is, always with the subtext that she didn’t deserve whatever she was being paid to be their. While the man is always some tragic figure. Some hapless man who had no control over his own actions and no responsibility for his part in them.

I think they real story is why do these midlife criss dudes find it necessary to hire hookers and  shoot heroin while their wives and children at home waiting for them. Seriously why? Rich white motherfuckers are the worst. I saw it over and over again when i was escorting man after man who was miserable in his life but refused to do anything to change it. He would do risky things in risky ways one of which was see escorts and many didn’t cover their tracks very well. Yeah, that was fun for me.

Instead we focus on her, the evil whore. I’m over it, so so over it.