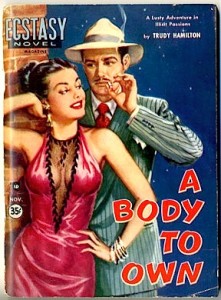 The escort world isn’t what you see on TV and the movies, it’s a giant subculture and it hits every level from street workers, where you can get a down and dirty car date for a few extra bucks, to high dollar hotties where you can pay thousands of dollars for a little eye candy companionship and of course every where in between. The most popular places to find escorts these days are the message and review boards where you can find like minded people who write accounts of their time with a particular escort. Before the rise of the message boards the clients often had a hard time connecting with other clients. You would think that they wouldn’t want to connect with other dudes who enjoyed screwing hookers but really many of them do. I think it’s a extension of the whole locker room mentality. The act of boning that hot escort is doubly as fun with you get to brag abut it to your buddies and since it’s a secret for most in this little “hobby” who can you brag to? Your boss? Co-workers?  Certainly not your wife. 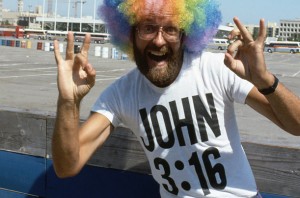 One of the good guys?

In Minnesota last year a ring of wanna be pimps were busted (really one guy got busted but many were involved). Though they called themselves “The nice guys” they hardly were. They were middle aged, white males who thought that if they trafficked in escorts to their city they could get all kinds of benefits. From free sex with the hookers, to making money off the deal. There was even speculation they used their “status” as well known “hobbyists” to curry favor, which is a polite way to say coerced. Just screwing the escorts wasn’t enough for them… and wham Busted. That’s called pandering and pimping and its really shady and uncool.  That situation was taken to an extreme, those “hobbyists” really were acting as pimps but that happens all over the escort subculture to different degrees. Hobbyists not being satisfied with their role, they want a piece of the real action. The money to some degree but mostly they want the control. 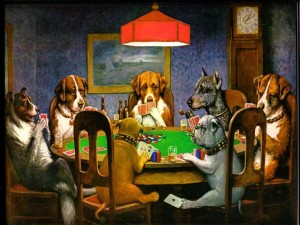 Bring on the dancing bitchez

One thing that so many escorts like about their work is the control over their own business so it’s pretty insulting when some middle aged, lumpy, white males get all jealous (and frankly are pissed that they are paying for pussy) and try to steal a girls independence. I think that’s the core of the issue more so then the free tail or few bucks they can try to make off the deal. They want in. One tactic is to start little “clubs” (in fact there’s a whole website dedicated to clubs) have weekly or monthly dinners where they give themselves little nick names and try to take control of a girls business. “If you come to our dinner you will get more business because WE are soooo popular and have special hobbyist status”. Since escorts get paid for their time, it’s really a way for these losers to hang out with hot girls for FREE and then they go back to their virtual locker room and brag about the encounters trying desperately to up their cashe with other “hobbyists” which in turn they think will net them more girls who have to placate them because they are afraid of repercussions of said group of old dogs. 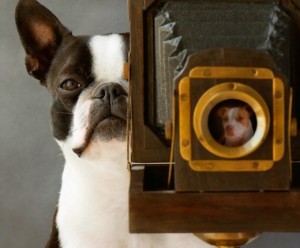 Stick with me, I can make you a HDH!

I’ve even heard of one retired East Coast guy who owns a mall advertising site where he collects money for paid ads that get little traffic and less business, he runs a small message board and then sells his services as a photographer, web designer and ad writer. He’s made a whole second life business leaching off escorts backs. He can often be found in strip clubs, trying to recruit strippers and regaling them of tales of how much money they can make as high end  escorts but only  if they use all his services. Just being a hobbyist wasn’t enough for him, he’s a perfect example of a wanna be pimp.

This kind of thing happens all over the country and to varying degrees with more and more frequency. The clients have a way of communication now that they didn’t have a few years back.  I also think that men who spend too much time thinking about, acting on and preoccupied with fucking hookers go a special kind of crazy and feel out of control a lot of the time. This wanna be pimpdom makes them feel like they have some kinda control over the situation, which of course is a big fat lie they tell themselves. They don’t have control and they never will and hence they turn what could be a fun little pastime, having sex with a beautiful women of their choice who will treat them like the studly king they always wished they were, into something ugly, stupid and obsessive. 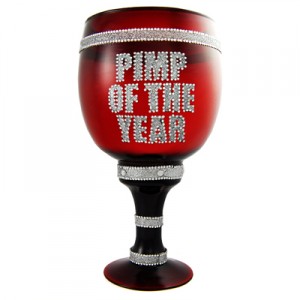 What a waste of a good time.