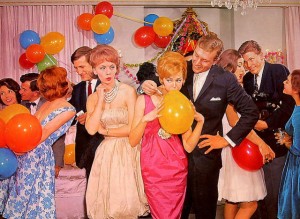 Yes, there will be hookers but will there be ballons?

I’ve written about hooker meet and greets  before, I’m sure this wont be the last time I write about them but let me say this loud and clear… Escort meet and greets are not safe! As further proof how these functions have taken a dive in the safety arena (they took a dive in the class arena long ago)  is the latest from New York Magazine “Johns Night Out” Where a reporter gains access to an “exclusive” meet and greet he heard about on the largest hooker review website out there, you know the one that boasts a bizillion reviews of escorts. A public notice was posted about the upcoming event and it appears the reporter asked for an invite and got one.

If a reporter can gain access then so can law enforcement. Busting meet and greets is happening more often then ever before. Yes, there was a time when meet an greets were safer then they are today. I have been to them, hell I’ve even thrown a couple way back in the day but times have changed and people need to understand that the risk of attending a meet and greet has increased 10 fold. Escorting is a risky business, its not legal and these parties might have had a purpose once upon a time but now reporters are going to them and writing about how that hooker was making out with a client/potential client (gross) and how hookers and johns excused themselves and left to go to locally bought hotel rooms to conduct business. That’s exactly how some people in the Midwest just got arrested after attending a meet and greet sponsored by a local Midwest board. 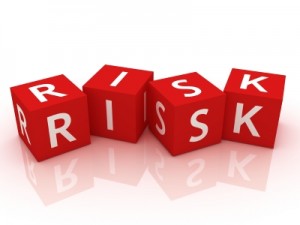 Is it really worth the risk?

This New York based meet and greet also cost money, according to the reporter 120 bucks a head with a count of about 75 men attending (ladies don’t pay at these events) Lets do the math, that comes to $9,000 but of course the host is only doing this out of some altruistic need to match make escorts and their potential clients not because he’s a hobbyist who’s once again trying very hard to get a piece of the financial action, no its out of the kindness of his heart.  He also seems to have no ability to screen potential guests as evidenced by the big, flashy, splashy article in New York Magazine. As escorts, screening is the very thin line that protects us from harm and arrest. Don’t give that task over to someone you don’t know, someone who doesn’t have the skills to keep you safe, someone who’s got motives other then safety. Don’t hand that very important safety element over to some hobbyist dude who is looking to make a buck off your attendance and likely is trying to up his profile with the other hobbyists in the virtual locker room that is hooker message boards. Meet and greets are not safe places to be. Yeah I know the old line thats thrown about over and over “they will generate more business” Yeah really? Will they generate enough business to overcome the cost of a lawyer if you are arrested? Will they generate enough income to overcome the stigma of having a permanent arrest record for prostitution? Are they worth the family problems you might encounter if your name is all over the Internet as a known prostitute? Will they generate enough income to make up for being splashed across the nations magazines or newspapers? Yes, this reporter only used user-names and did not publish pictures with his article, will the next reporter do the same? Would TMZ be so restrained? Hardly.

As escorts we take great care to minimize our risk in a very risky business. The writing is on the wall for escort meet and greets and its scrawled in thick bold black letters.