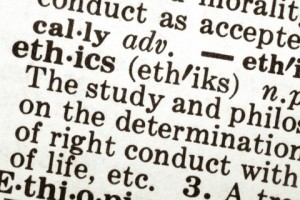 Shes nuts, that’s clear. Not that shes a little off, she’s tinfoil hat wearing, frantic OCD and inconsistent in her writing style kinda nuts. I’ve gotten into a comment battle with her before. She will often pop up on any and every prostitution related story. Not in the story itself but in the comments. She says shes a former sex worker, she uses all the language the abolitionist use, shes anti sex worker who says she has seen prostitutes murdered before her and tells tales of pimps and hos that is the stuff of TV movies. She thinks were all trafficked victims and shes called activists “pimps” for fighting for the rights of sex workers. I don’t like her, she offends me in many ways. She offends me as a sex worker, she offends me as a free thinking women, she offends me as a human.

I however don’t think blackmailing her into shutting up by threatening to out her is in any way shape or form acceptable behavior. Which is happening right now by activists who are well known to the community and respected. I do not think her privacy should be violated because shes a pain in the ass, or obnoxious, or an abolitionist. Which is whats happening right now. She is being outed. Yes, her stories are wild and I’ve long thought they were either made up or wildly exaggerated. If you read her blog its riddled full of inconsistencies. But is that a reason to out her? Is her annoying habit of posting ad nauseum on any sex worker related story a reason to out her publicly (and her family) as a former prostitute? Which is happening right now.

We work under cover of pseudonyms, we do this to protect ourselves, because what we do isn’t legal but that’s not the only reason. Adult film work is legal and they to work under assumed names as well. Sex work legal or illegal  still has a very heavy stigma attached to it. We can be discriminated against, targeted and there are often many attempts to shame us for what we do. We ask that our privacy is respected by our clients, by our peers, by the media and when it isn’t there is a large outcry in the sex worker community. Lives can be ruined because someone is outed as a sex worker, families can be destroyed because someone is outed as a sex worker, people can also be put in real physical danger because they are outed.

So why are a couple of sex worker activist inflicting this on another person? A political opponent, an outspoken and often frantic poster on stories about prostitution? I don’t know why..but I know its WRONG.

It needs to be called out for what it is. Wrong. It makes us all look bad, it does not help our cause, it’s dangerous and mean and should not be tolerated. If we as sex workers want our privacy respected we must respect the privacy of others, even those opposed to us, even those that are outlandish, even those who disagree with us, even those on the fringes of reality.  This frantic bloggers arguments are easy to dispute, its not hard to expose her arguments as self serving and inaccurate on their face. But that’s what should be done. Her arguments should be disputed. She shouldn’t be outed or threatened to be outed or blackmailed into an apology because she’s annoying, or posts crazy comments on stories about prostitution or wildly  embellishes what she says her her own personal story as a prostitute. Even if it doesn’t ring true, which it doesn’t to my ears its not a valid reason to out her or to threaten to out her.

Its a slippery slope and the practice is dangerous. A  couple years back a person was outed for being a fake prostitute, the infamous fauxho scandal. A small group of people had basically figured out that this persona was really a man and had some information to back up but the information was un-confirmed, it was speculation and not fully formed we had pieces but not everything in black and white and we sat on the info for a long time because outing someone is a dangerous practice and you better be damn sure your info is 100% correct and accurate and you better be sure the person is dangerous not just annoying. Though the group of us were convinced we didn’t have enough proof  (yet) to do anything about it.  Someone in our group took it upon them self, acted alone and outed the fauxho. It wasn’t a decision made by anyone but the one person who did it. It was premature, I never was comfortable with how that whole thing went down. One person went rouge and outed someone.

Did that situation open the door for this one? Maybe it did, its possible. Who’s next on the being outed chopping block? I personally have had some angry and vocal  people disagree with my opinions have tried to threaten me into silence. My personal  information has had a bounty put on it. Websites dedicated to the exposing of little ole me because I am a big mouth, because I am out spoken, because I speak my truth as a sex worker. Plenty of people know my real name, details about my real life and could pony up for cash and prises in outing me. That shoe could drop, its been hanging over my head for years. Though as time goes by I fear the possibility less and less but you never get used to the threat of being outed.

If we as a community allow outing as a means to silence those opposed to us, to shut up people who disagree with us, even the annoying crazy acting ones then we will have to expect that it will in turn happen to us and we my friends have a LOT to lose. I would even go so far as to say we have more to lose. People can be put in danger, voices silenced out of fear of exposure. Is that what we want? I know its not what I want, its not what I fight for when I fight for sex worker rights.  These kinds of dirty trick tactics are not acceptable, it makes us look petty, mean and worst of all it makes it look like our arguments are invalid. Its wrong and it should stop now!

**I’m not linking to previous posts by other people because I wont contribute to this outing. The names don’t matter anyways.  My comments have been closed for a long time due to lots of spam but i will be opening comments up for a week on this so that people can discuss. Please keep it civil and on point. Any links to out anyone will be deleted.

**7/12- Ive been told there some issues with posting comments- I hope i’ve rectified the problem. If you find you still cant post a comment, please email me!