Its not the gun, its the shooter

I’m in business to make money. I know some people might find that odd, That I wouldn’t be in business just for fun or as a weird hobby or just for sexual thrills which  is often what potential clients think or rather  what they hope to be true. I mean why else would I ever get a “you charge too much” email from someone wanting to hire me. Which happened to me very recently. I hadn’t  gotten one of those emails in a long time. What made this email something I wanted to write about was because just earlier that day a friend of mine got something similar. An email, out of the blue to one of her ads telling her  her rates were too high and no one would pay them. Some one felt the need to take the time to email her and complain about her prices and insult her. Then I got one later in the evening, only mine came from a escort who had inquired about a photo shoot. In fact this was a high dollar hottie, a high end girl a girl with rates so high you had to be a member of her website to even view them.

I felt this overwhelming since of irony, here was an escort who had on occasion after occasion been berated and hounded by guys who couldn’t afford her rates, harassed and talked about in whispered and some not so hushed tones on message boards both private and public low balling and insulting ME about my photography fees.Yes, the irony washed over me like a flash flood. 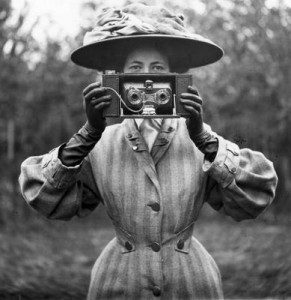 I was as polite as I could muster and thought that was that until I started hearing back from friends and clients I had shot in the past telling me that this high dollar hottie, this upscale eye candy companion was emailing them asking about what I charged THEM and telling them I was a scam because… she didn’t like the quote I gave her for an all day, multiple set up and copyright buy out of my hard work. I’m not sure what she had hoped to accomplish by this tactic, I certainly wouldn’t lower my rates and this behavior made me question he sanity and though I do love me some crazy girls I like them in the fun “lets play” kinda way not the omg I think she needs a tinfoil hat kinda way.

It dawned on me then that this girl had not learned anything in her years in the business, that being the one insulted for deeming to charge what she felt her time was worth did not preclude her from turning around and doing the exact same thing to someone else. It likened it to the cycle of abuse. If you get beaten as a kid the odds are high if you don’t take steps to change the cycle, you are likely to beat your own… passing down this fucked up behavior in a never ending cycle of fucked up-ness. Thats what happened here, it puzzled me, and pissed me the fuck off. Cuz the one person who should now better then to be a low balling ass-hat is an escort who charges upwards of 2k an hour.